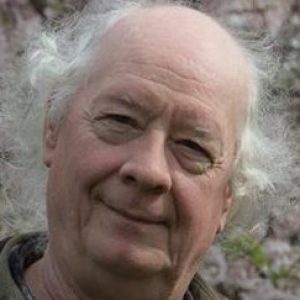 Member
@HarryR • Joined Sep 2020 • Active 6 months ago
Harry Hamlin Ricker, III, Harry to his friends, was born in Newport News, Va on May 15, 1948. He attended schools in Newport News, and graduated from Homer L. Ferguson High School in 1966. He entered Virginia Polytechnic Institute and State University majoring in electrical engineering , following the profession of his father, who was a NASA engineer at Langley Field, VA. His interest in electronics was inspired by his childhood hobby, amateur radio, and this later led to a lifelong passion for the study of electromagnetic theory, antennas, and radio systems. In 1971 he received the B.S. degree in Electrical Engineering. In 1970 he began graduate studies in electrical engineering at The University of New Hampshire, and received his M.S. degree in Electrical Engineering in 1972.

His first employer was I.I.T. research Institute, a contractor for the Electromagnetic Compatibility Analysis Center in Annapolis, MD. His work performed there was developing models for the analysis of radio interference involving radar and terrestrial communications systems. In 1975 he left to work at the Johns Hopkins Applied physics Laboratory as a contractor doing missile tracking analysis. This involved working in the new field of tracking systems that would become the present GPS. In 1979, he went to work at Communications Satellite Corporation where he worked on systems design for satellite communications. He continued in this business working for GTE Spacenet Corp from 1989 until 1994, when he retired from full time employment and became an engineering consultant. His consulting business is New Millenium Electrodynamics. Harry\'s expertise in digital communications stressed the setting up of clocks for system timing and the coordination of clocks. A disclipline that would be useful later in studies of special relativity.

While working at Johns Hopkins and living in Columbia Maryland, Harry studied creative writing at the local community college. This initiated a lifelong interest in writing. He has written and published articles on the American Civil War, another of his hobbies. His particular interest is The Peninsula Campaign of 1962. He has writen an extensive historical analysis of the neglected Battle of Williamsburg, May 5, 1862.

Harry Ricker\'s first dissident scientific paper was titled \"Report On The Discovery Of Intellestellar Dust Filaments\". It reflects his interest in astronomy and astrophyscs, which was stimulated by his astronomy classes in college. Over the years he has owned a number of telescopes, and he is an active amateur astronomer. The paper on dust filaments was inspired by an interest in collecting astrophotographs, and the study of them. Morphology , the study of forms, had not been systematically applied to interstellar dust formations, and this was systematically studied. Unfortunately, the results were not well received as they contradicted the received view that the interstellar medium is a diffuse gas with interspersed puffy clouds. The filaments discovery contradicts this model. The dust filaments are more like cirrus clouds than the cumulus clouds that are required for star formation.

Around 1990, Harry\'s interest shifted to electromagnetic theory. This was inspired by the papers of Ivor Catt which appeared in Wireless World, and suggested a different way to view the theory of electricity and magnetism. This inspired an investigation of the history of magnetism and electricity, a study whch has revealed a number of interesting new insights into this history. This includes the discovery of theories of magnetism in the presocratic greek period and the middle ages.

Around 1995, as a result of his studies in electricity and magnetism, Harry began an investigation of the special theory of relativity and discovered that this theory didn\'t seem to really fit into the electromagnetic theory as claimed by the textbooks. This initiated a detailed analysis of the theory of relativity which has resulted in his disowning that theory as false and misleading. This began a long period of study which culminated in a new approach to that theory which eliminates its contradictions, paradoxes, and absurd conclusions.