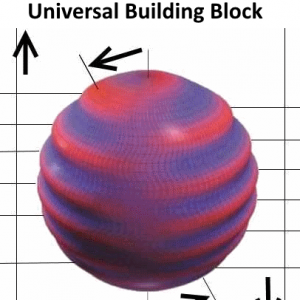 About Planck Mechanics. A theory of everything based on solid and immutable “Universal Building Block”.

Suggested to be the only “things” that physically exist.

Suggested that by way of their specific concrete shape, need only themselves are neede, plus motion, to generate and host absolutely all other phenomenon, bar none.

In short the suggestion is: Shape matters. or. Matter has a shape.

I do some of my best communicating by way of images, I invite those interested in Planck Mechanics browse my uploaded images. They say things a lot better than I can.

Discussion of merits/flaws welcome. Hoping any flaws suggested in this discussion-forum, “Planck Mechanical Theory”, will be by way of contradiction to observed phenomenon or proven measurement.

Planck Mechanics, a suggested Answer To Everything.